You are here:
Home Vastu A politician is a person who is active in party politics. He or she holds political office and is well known for political skills. Politician makes, supports, also create laws as well as policies when they are on the governing board.

On the negative side, we have seen a few politicians pocket large amounts from public funds and various projects. As a result of such kind of corruption slowdowns the economic growth of any country.

Now Election commission has formulated many new changes in the system of voting and data of candidates. There is now more transparency about the candidate’s profile. Once again we are not only able to see good leaders but also efficient leaders in the modern digital world. We have already seen good, educated, also highly talented politicians from different parties.  A career in politics is now getting more attractive.

People seek the following qualities in a politician:-

Present Prime Minister Shri Narendra Modi, BJP once addressed a rally in Manipur’s capital Imphal on 8th Feb’13. In his speech, he said “Even Vaastu-Shastra says the northeastern part of a house should be given maximum care. India will prosper only when the northeast will.” 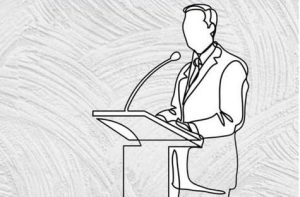 Following are a few important Vastu suggestions and tips for the politician to become a more successful, famous & top leader of the country

1. A road towards the east and north side of the office building brings more opportunities in party management.
2. A door towards the east brings more connectivity with the general public helping him/her to pocket major votes to win an election.
3. The main cabin in his office should be in the southwest zone facing east giving him/her command over supporters and party workers according to Vastu for politicians.
4. A party office in a square shape with a longer north-south stretch helps a person to stay a longer duration in the political field with success and recognition.

5. A bore well or a water body at the northeast of the party office helps him/her to gain popularity in the services rendered to the public.
6. An election speech made facing the east during the election campaign could bring a positive result for the politician
7. A party office with a canteen or kitchen towards the southeast helps a politician to achieve a higher post in party management.

Read article on Vastu for Professionals

Vastu Plants that attract happiness and  prosperity like a magnet
June 21, 2022

Do You Know How Important It Is To Have a Vastu Compliant Kitchen?
December 17, 2020

Choose the Best Colours (Color) for Your Office
December 31, 2019

Vastu For House Hunting – How To Select A New Home?
September 3, 2019
Recent Articles
Go to Top